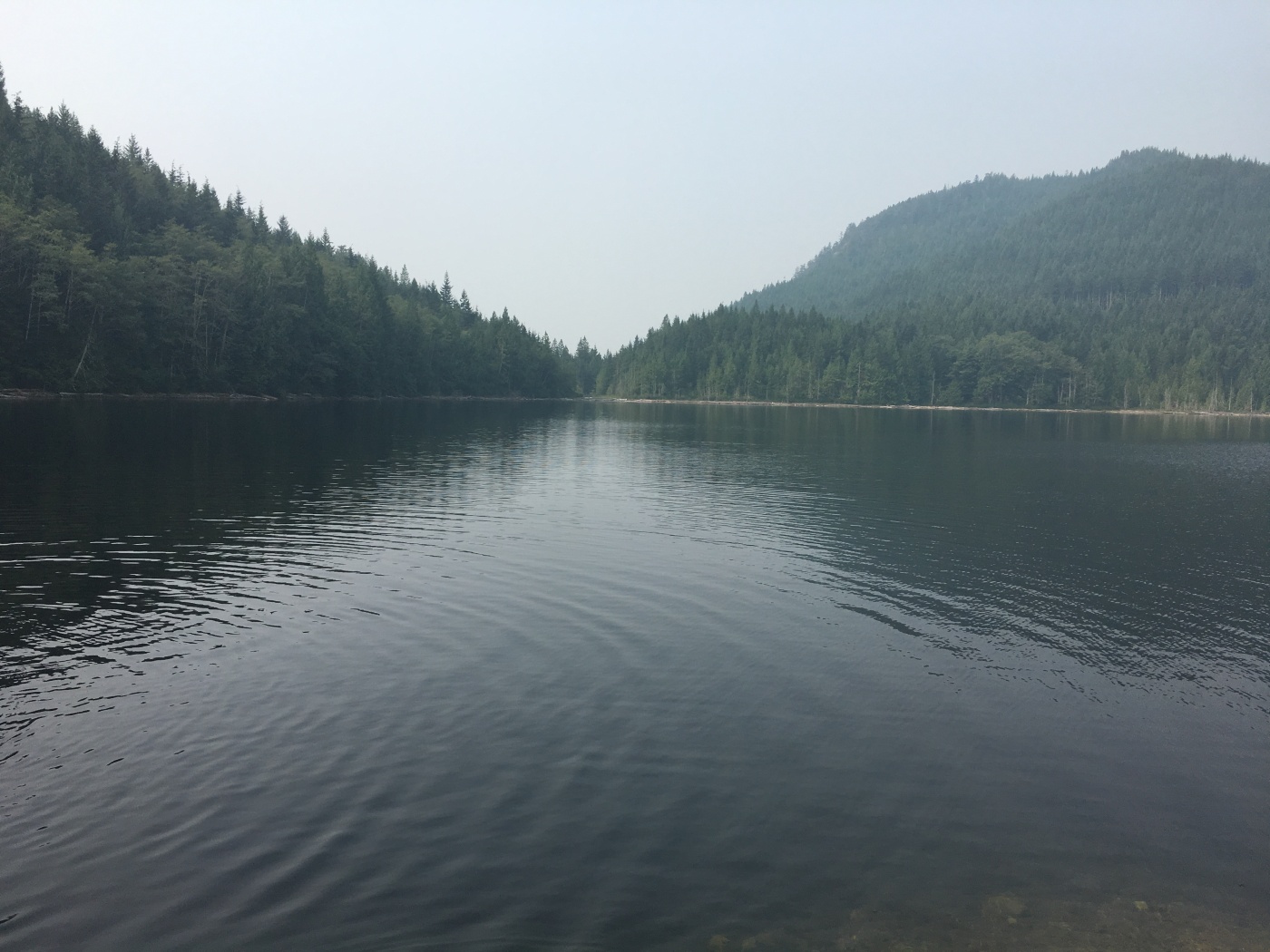 I grew up in the country and there is a saying that the ‘cows can smell the barn’.  It means they get excited about eating and they will always find their way home.

By this point in the trip I knew our capabilities.  I knew we could hike out.  I could smell the barn and it smelled good!

I think the kids felt the same way so we set out that day to complete the hike while stopping at both huts to check them out. 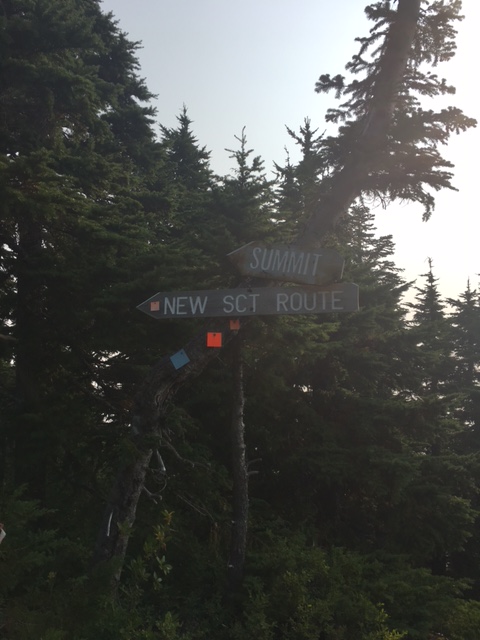 We got started hiking at 9 AM after fighting the bugs while filling up our water at the pond.  The Mount Troughbridge Summit is actually a bit higher than the hut so we headed up to the summit.  It was a short 22 minute hike.

We didn’t spend much time at the summit because the view was smokey.  We confirmed that the emergency shelter was nice, albeit small and that was about the extent of it. 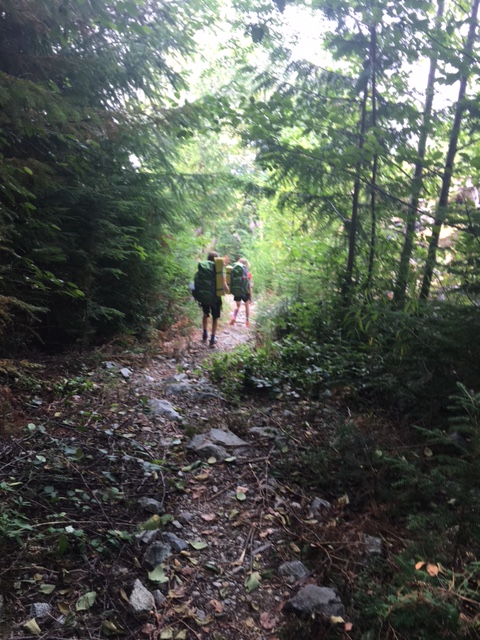 The pace again was torrid!  We continued to hike even faster.  We made great time getting to the Rainy Day Lake Hut by 11 AM. 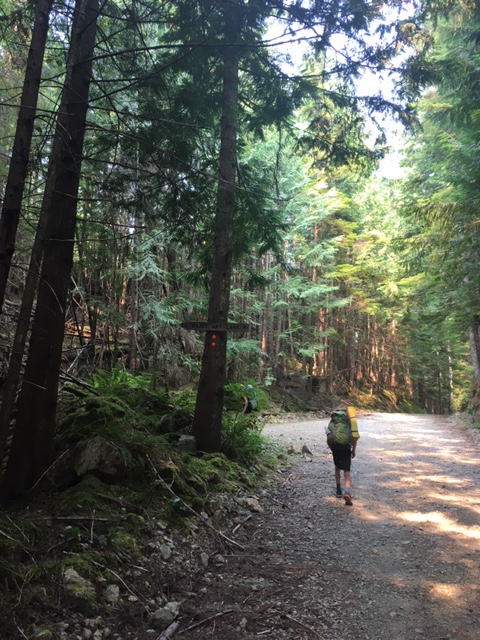 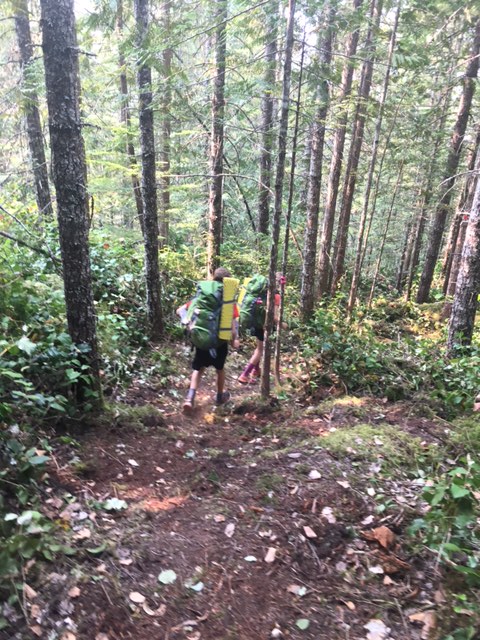 The hut at Rainy Day Lake is a similar open style to Rieveley’s Hut and Manzanita Hut. It’s located a short walk from the lake.

We ate a big snack here of trail mix.  The kids like to sort out all the chocolate and eat the best stuff last.

After our snack we walked down to the lake thinking we might go swimming.

The lake was pristine.  We really wanted to swim but there was a nice family swimming and we didn’t want to subject them to our underwear so we decided to continue hiking.

I’d like to come back here and spend a weekend.  It’s beautiful and very accessible from the ferry terminal. 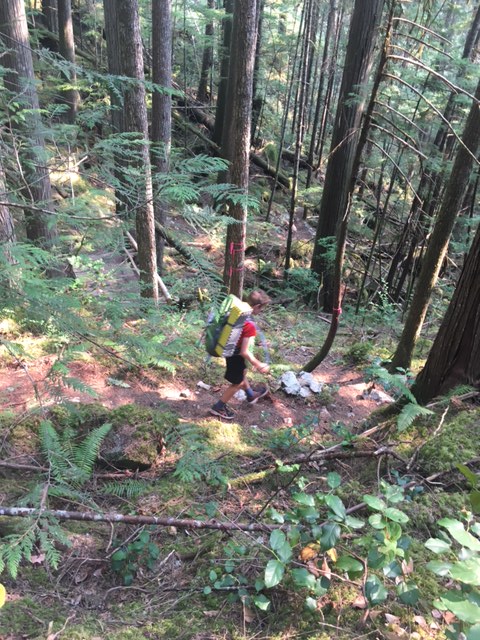 We started hiking again at 1125 AM and we busted it after our short stop at the Rainy Day Lake Hut, headed for the Fairview Bay Hut. 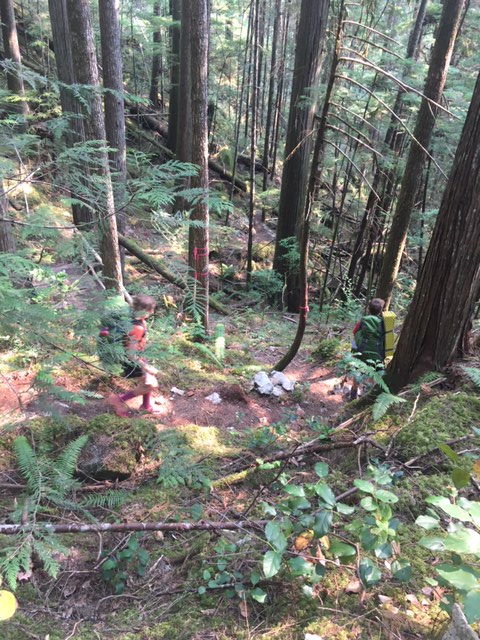 By this point in the trip the trail distance signs were becoming even more relevant as we had almost completed the whole thing!

I started snapping pictures of every one of them. 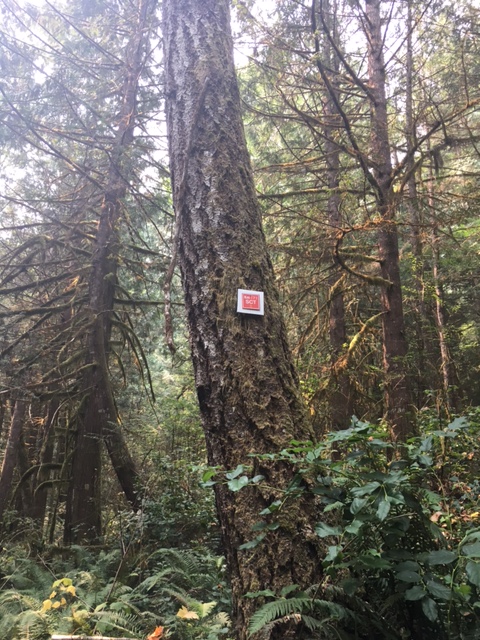 The Fairview Bay Hut was nice as well.  It’s in a great setting right on the ocean with a great view as well.

We were now back to the familiar ocean smell which was remarkably different from the rest of the trail.  It was a nice reminder that we were almost home.

I thought the hike out from the Fairview Bay hut would be a simple stroll along the ocean.  It was much harder than anticipated.  It went up and down several times.

I had a finish time in mind based on when the ferry would leave.  It turned out I read the schedule incorrectly.

We had loads of time but we didn’t know it so we were flying to get to the finish. 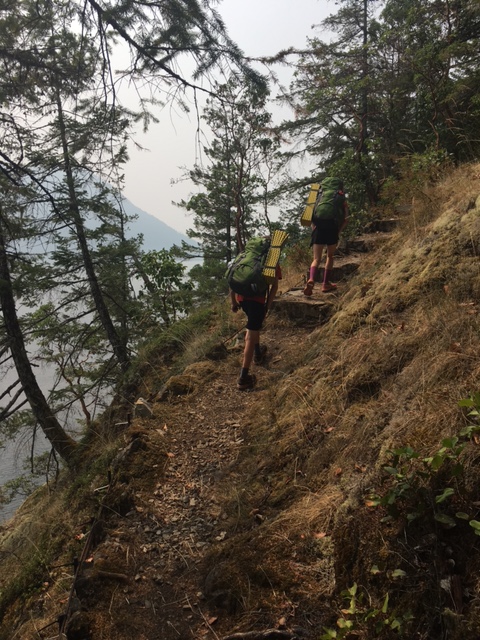 The above picture is a good example of the uphill portion. 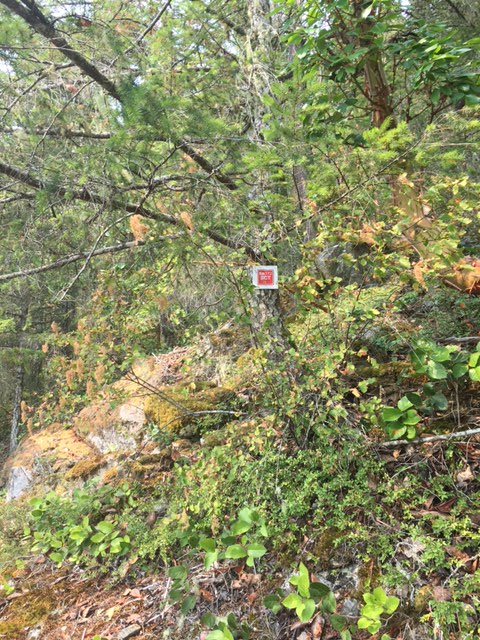 The terrain and the forest was again very beautiful on this section of the trail. 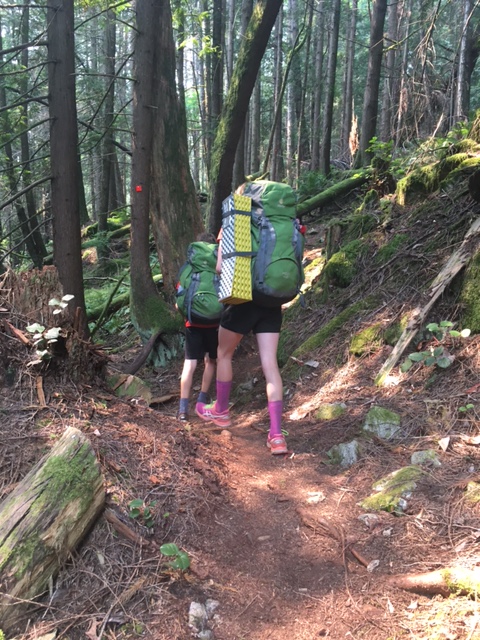 The signs were coming very fast at this point because we were hiking so fast.  We were so excited to see the one that said 180! 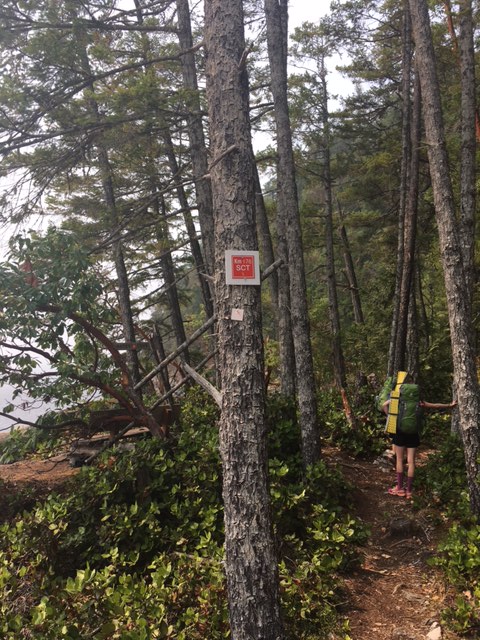 But that never happened and we stumbled out of the trail soon after seeing this trail marker. 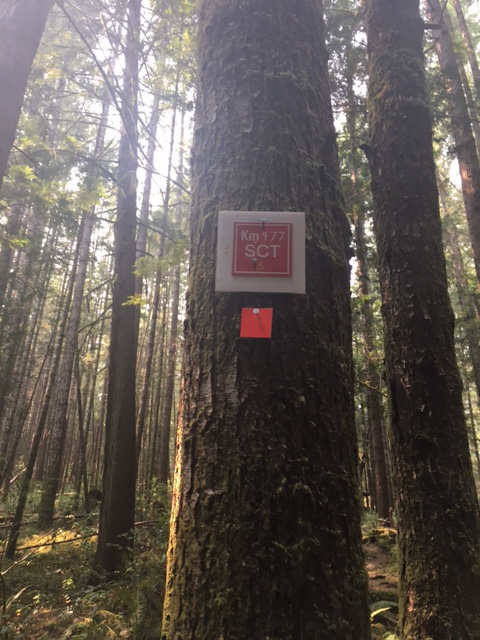 There were about 6 cars parked at the trail head and a three guys mulling around.  I recognized the PRPAWS symbol on a hat and I quickly asked them if they were volunteers.

The confirmed that they were volunteers and I walked over so quickly I may have startled them.  The kids did the same.

When you accomplish a hike of this length there’s a great feeling of satisfaction.  In our case, there was also a great feeling of gratitude.  This wasn’t some unknown government entity that maintained this trail.  It was people just like us and we were very happy to meet them. 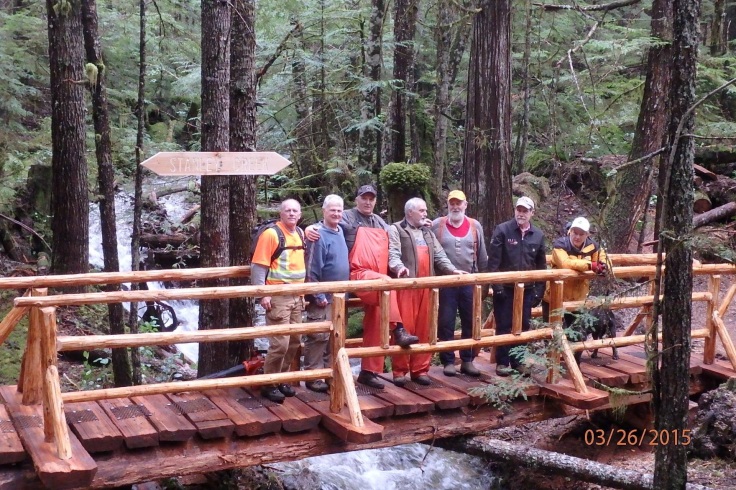 The picture above shows the volunteers at the beautiful bridge that commemorates their volunteer and friend.

Thanks guys, you helped me create a truly incredible experience with my children.  I’m extremely grateful for all your hard work and perseverance to build and maintain this beautiful trail.

The picture above is more volunteers.  There must be an army of them!

After snapping a couple pictures at the finish line and talking way too fast about our adventure we set out down the pathway to the ferry which is literally only 500 m from the trail head. 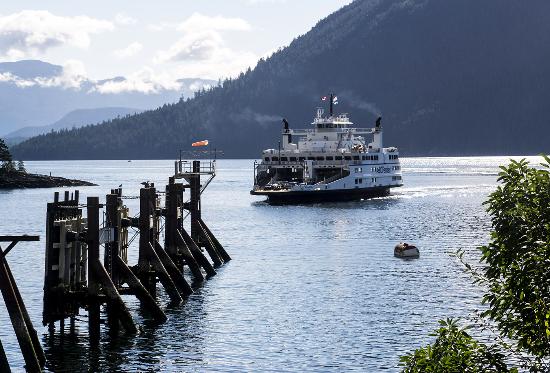 It was time to head home and enjoy something that was missing from my pack. 😉 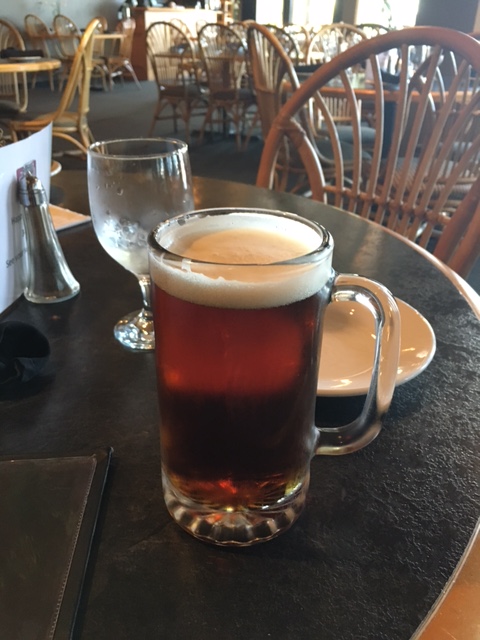